Milk thistle, also called Silybum marianum, Marian thistle, Mary thistle, Saint Mary's thistle and Scotch thistle, is a flowering herb related to the daisy family and it can grow to be ten feet tall with flowers that are red and purple in color. It is native to South European countries, although it is now found in temperate regions throughout the world.

Milk thistle has been used for over 2,000 years as a natural treatment for different medical conditions. Historical references to Mary thistle’s medicinal value are especially present in the Middle Ages, but milk thistle has been praised throughout the centuries, and now this prickly herb has been rediscovered by modern herbal medicine and natural care field.

It is most known for its benefits for the liver, but it can also be used for several other conditions or ailments, such as high cholesterol levels, type 2 diabetes, indigestion issues and menopausal symptoms, not to mention its use for anti-aging and as a free radical scavenger and antioxidant, which are very interesting properties if you are interested in the health and looks of your skin.

But how does Mary thistle work? Well, its seeds contain a bioflavonoid complex called silymarin. Silymarin, which is the active ingredient in milk thistle, is responsible for the main benefits of milk thistle for skin and health. Silymarin is both anti-inflammatory and an antioxidant. How exactly it works in the body is not yet clear to science, though.

Benefits of Milk Thistle for Health

Studies indicate that silymarin, which actually consists of a group of compounds called flavonolignans, may support long-term liver functions. That’s one of the reasons why modern herbal medicine uses milk thistle to support liver health, especially in the presence of chronic liver conditions such as alcoholic hepatitis, alcoholic fatty liver, cirrhosis, liver poisoning and viral hepatitis. Multiple studies also indicate that milk thistle extract protects the liver from toxins such as occationally used alcohol (even if in excess) or a polluted environment. This is because silymarin helps the liver by preventing harmful toxins from entering the liver in the first place.

In addition to that, it was already during the 1980s when researchers noticed that silybin/silymarin increases the ability of liver cells to regenerate through process known as protein synthesis. It is also a very powerful antioxidant which protects the liver from harmful free radicals that seek to damage healthy cells in the liver and in the body. Silymarin has also been known repairs damaged liver cells: a dramatic example of this is that silymarin can even counter the effects of poisons, such as the deathcap mushroom, which an aggressive liver toxin!

Some other research suggests that milk thistle, combined with traditional treatment, can improve type 2 diabetes. There has been indication in studies improved control of blood sugar as well as better cholesterol levels in people with type 2 diabetes (with and without liver disease).  These results were very good news, but the scientists also said broader research is necessary before strong conclusions and definite recommendations can be made. In this research no side effects were noticed, so it might be an idea to try out a milk thistle supplement anyway if you are struggling with diabetes 2 on your own accord.

There are of course numerous herbs can assist with menopausal symptoms, but milk thistle ranks rather high in (imaginary) the Top Herbs for Menopause -list, as it is generally very safe to use and is also well tolerated. Traditional wisdom suggests that Mary thistle works as an antidepressant and mood stabilizer. Many women who use milk thistle while in menopause report reduced irritability and axiousness, as well as increased energy levels and calmness.

Benefits of Milk Thistle for Skin

A lesser known benefit of milk thistle is that it is also a good skin care ingredient. After all, it contains many beneficial substances for the skin:

But what about different skin conditions? Mary thistle as a skin care ingredient is a less researched than its medicinal benefits, but there has been some research results which suggest that milk thistle can help with acne, psoriasis, rosacea and eczema.

How milk thistle helps with psoriasis, acne, rosacea and eczema

From the benefits this herb has on the liver, one can see that it is detoxifying, a powerful antioxidant and anti-inflammatory. Think about it: all these properties are beneficial for fighting acne, rosacea, psoriasis or eczema naturally which is why milk thistle is believed to be able to help with these skin conditions. In fact, by cleansing the liver and boosting the immune system, all these benefits can also be seen on the skin, which speaks for taking a milk thistle supplement if you suffer from any of these skin conditions and want to calm down any redness and soothe irritation of the skin naturally.

Milk thistle anti aging benefits have not been widely researched, but there is some evidence that taking a milk thistle supplement can help reduce visible signs of aging, such as dark spots, wrinkles and discoloration. This is due to its protective qualities and antioxidant properties. There is also some evidence that milk thistle can block UV light-induced oxidative stress on the skin. Oxidative stress can cause premature aging of the skin as well as skin diseases, possibly even skin cancer.

How to Take Milk Thistle

If you want to try out milk thistle for yourself, look for a supplement which contains 50 to 150 milligrams of it as a daily dose. This should be suitable for ongoing use and health support. Make sure to look for a brand that sells highly potent extract labeled at least 80 percent pure silymarin!

If you are interested in detoxifying your body or have any kind of liver condition, taking a milk thistle supplement is probably a good idea. Also it can help with several other diseases or conditions, either as a separate benefit of the plant (such as its ability to regulate cholesterol) or through its action through the liver (such as healing & clearing the skin). But of course if you have any doubts or are on medication, it's always wise to consult your doctor first! 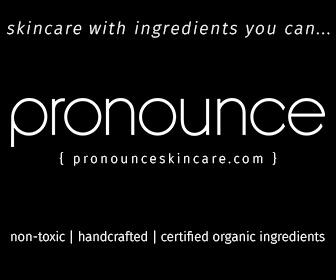 How To Get Good Skin Naturally - Tips For Beauty From Within

Shop the best beauty from within products or continue reading the article: 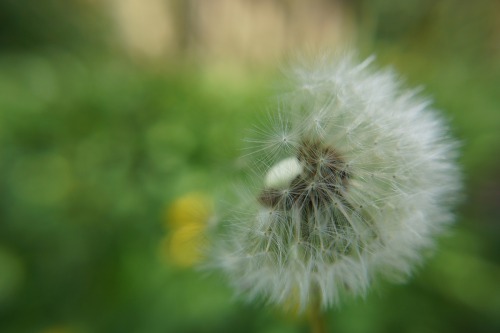